What readers have to say about the Labour Party

After a turbulent year in British politics, Labour Party members are now descending on Brighton for their yearly conference. With a general election possibly on the horizon, all main parties will be using conference season to take stock and prepare for what may come in the near future.

Brexit will be the big question on every member’s mind, with Jeremy Corbyn recently pledging to “remain neutral” as the party looks set to shift towards supporting a second referendum. There will also be questions of Corbyn’s leadership, particularly with reference to the party’s anti-Semitism crisis and the hard-left’s continuing influence over the party’s internal politics.

With Opinary’s in-article polling tools, we’ve been able to see some interesting insights about Labour’s flagship policies, their handling of Brexit, and their performance over the last year. Here is what we found.

iNews readers are split over Corbyn’s handling of anti-Semitism within the party ranks, while most AOL and HuffPost UK readers think his response to incidents has been lacklustre.

The response from readers on the topic of Brexit has been much more clear. 74% of readers say Labour’s Brexit policy is a total mess, and 57% think they should follow the calls of Tom Watson, Emily Thornberry and others, who want Labour to “become the party of Remain.”

On more general Brexit topics, readers are still bitterly divided but when we aggregate the results, it shows a majority support holding another referendum on EU membership. 54% said they would vote to Remain if another referendum were held.

The influence of trade unions within the Labour Party has been called into question since Jeremy Corbyn became leader, with many concerned the unions could be forcing the party away from vote-winning policies. Momentum, the left-wing grassroots organisation, has also exhibited a substantial amount of influence over the party’s internal politics.

The majority of HuffPost UK and AOL’s readers think there is too much union influence within Labour, but iNews readers are split. On all three of these publications, however, the majority of readers said they think the hard-left’s stranglehold on the party is irreversible.

For context, we also asked iNews and AOL readers which party they would vote for if a general election were held tomorrow. The majority of iNews readers opted for Labour and the Liberal Democrats, while 47% of AOL readers said they would back the Conservatives.

All vote counts and percentages correct at time of writing.

Opinary polls are not representative or scientific, but serve to highlight the views of particular audiences. 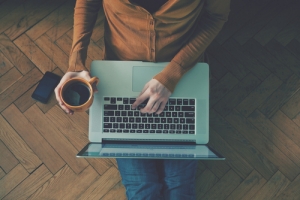 Chatham House What readers have to say about the Conservative Party
Scroll to top
We use cookies to ensure that we give you the best experience on our website. If you continue to use this site we will assume that you are happy with it.OkLearn more about our privacy policy here