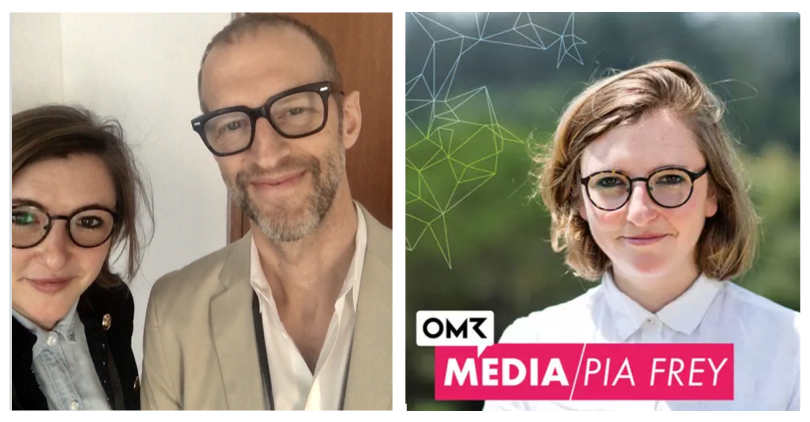 The New York Times is the biggest subscription-driven publisher in the world, and when Opinary’s co-founder and host of the OMR Media podcast Pia sat down with the Times’ CTO, Nick Rockwell, she wanted to find out how their tech team contributes to the lofty goals and makes their readers eager to pay for its content. Here are a few key insights from the podcast episode:

The NYT closed 2018 with 4.3 million subscribers and won 265,000 new ones in the last three months of the year, the biggest spike since 2016’s ‘Trump Bump’. Around 60% of their overall revenue comes from subscriptions, half of those digital only, and their goal for 2025 is to reach 10 million subscribers in total. The Times is one of the most successful at weathering the difficult transition from reliance on ad revenue to a focus on reader revenue. But Rockwell isn’t content, saying he wants to see the company “really scale our subscription business.”

“We’re the biggest subscription driven publisher right now so it’s kind of uncharted territory. there are no models we can look to, to globally scale a news-based subscription business.”

So how does Rockwell plan to make it happen from a tech side?

“This year I’ve been studying algorithmic recommendations…personalisation if you like. It’s not the word I like to use. It’s been a difficult thing for us to tackle at the Times for a whole bunch of reasons[…] But I look at the role recommendations has played in the growth of Netflix & Spotify and feel like we have to find a way through our journalistic concerns about how to do this because it’s part of the growth playbook of these subscription giants that we want to emulate, at least to some degree.”

What is the key to a good recommendation? It could require less data than you think and the Times is looking to Netflix & Spotify for inspiration.

“We don’t really want to collect a lot of personally identifiable data. We also don’t believe that demographic data is helpful for personalisation. I spent time with a guy named Carlos Aribey who was the first product manager of personalisation & recommendation at Netflix[…]and he told us very clearly that that was a finding that Netflix had.[…] the signal that was important was previous viewing history.”

But there’s been a lot of skepticism around personalisation and recommendation. Namely, that there’s a danger of feeding the filter bubble, allowing consumers to only understand one perspective. Rockwell sees it differently and says the NYT’s core product will always be focused on curation.

“Curation of the news and personalised recommendation; one doesn’t have to replace the other, they can both live side by side in the product. […] our readers want to know what they ought to know about what’s happening in the world. But it doesn’t mean that we can’t recommend other content to them alongside that. We put out about 250 pieces of content a day so even our most engaged readers are never going to see everything.”

“We think of it as a reader service and we’ll fight the filter bubble through our objective curation of the news, but we also take it into account in the algorithms. it’s a simplistic view, even of what the user need is, to say I’m just going to keep giving you the same things you said you wanted yesterday. That’s not how people work.”

But what is the goal of their recommendation strategy? To win new subscribers, or retain the old ones?

“The answer is both. (…) I think at the moment mostly about, what we call the engaged, non-subscriber, which is that person in the middle of the funnel who knows who we are, maybe has signed up for a newsletter, maybe has downloaded the app but they’re not yet hitting the paywall regularly. That’s what I’m most focused on. But everything we do is valuable for our existing subscribers as well so we expect to see benefits for retention and user-satisfaction.”

Which factors apart from a large newsroom,  a huge tech team and the ‘Trump Bump’ has made the Times so successful at subscriptions until now?

“We invest a lot of time and effort into our marketing{…} we have the luxury of being quite large and having some money to spend, I think it’s really challenging, I actually think in the long term effective subscription marketing is probably the biggest barrier for smaller publishers who want to build a subscription business.“

“Conversion happens on our website primarily, but acquision comes from all sorts of places . It’s the same as it’s been for a while, it’s search and social. We do things like Apple News as a marketing channel or Google News as a way to introduce people to our brand. Google news is doing pretty well for us right now. Apple News is such a walled garden that it’s not so great for us. But it’s search and social; we’ve seen social dip a little and search is hanging in there. Same old, pretty much but our focus is on what happens deeper in the funnel, driving engagement in the mid-funnel and conversions in the bottom of the funnel.”

If you want a more loyal and engaged audience, we’re here to help. Visit Opinary’s publisher resource centre to learn more and see how we’re helping our publisher partners to deepen their audience relationships and make more money.

Want to see exactly how Opinary is helping publishers increase their user revenues?