Radical change in a time of flux

From entrepreneurs who buy a stumbling newspaper to leaders disrupting company culture, the hope that fuels transformation can be wildly empowering. One example where the change process has been interesting is seen through the journey of the Big Bend Sentinel, a local Texas newspaper went bankrupt before being snapped up by an entrepreneurial couple from New York. The couple gave the newspaper a new face – both metaphorically and physically. It’s newly renovated building features a chic café and a bar, and has become a hotspot. You’ll see both tourists and locals reading their newspapers whilst sipping on oat milk flat white’s and slurping tasty cocktails. The space is also available to the community to host events and other celebrations – including weddings!

Editors are often found sitting down to write at the bar, a well-positioned spot to absorb the talk of the town. The Sentinel is a fantastic example of how a newspaper not only gets on with its day to day job, but has found a way of developing itself beyond stuffy office life by keeping as close to the heart of its DNA – the community. Local journalism has suffered immensely in recent years which is why ways of developing new practices are necessary to ensure survival.

Can you radically change as a company? My answer would be: yes, as long as you stay true to your DNA.

At Opinary, we’ve experienced various new additions to the team which has motivated us to streamline our strategic plans in order to boost our development. Now, the current pandemic development forces rapid adaption and puts us as any other company into the situation to establish new remote workflows and routines. We live in a time of flux, now probably more than ever. Constant change is the only certainty, and sometimes that can be exhausting.

One memory I find myself coming back to is when I received a gift from an employee at our last Christmas party. The gift is a paving stone from our old office in Choriner Straße, the cradle of Opinary, where everything started but where we outgrew and eventually had to say goodbye to. The old office has become a symbol in the team for an earlier identity, routines that have now changed and decisions we took at various crossroads. 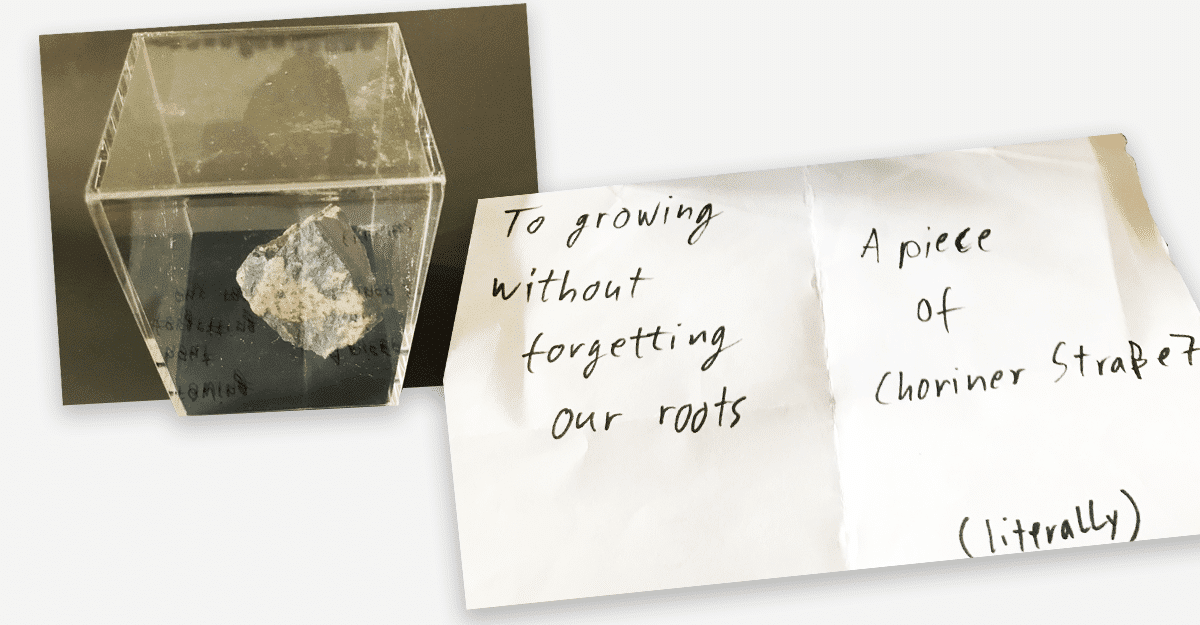 That gift is not a present in the traditional sense, I know. But it has served as a clever memento of just how far we’ve come and perhaps, the kind of memento that could help remind all of us what radical change could look like.